The long nation of Japan expands from north to south with four distinct seasons. Japan being fortunate with mountains, seas, and villages, the natural environment give rise to the production of various natural ingredients. In other words, it is no exaggeration that the nature of Japanese-styled food, called “Washoku”, is supported by a diversity of Nature's blessings; the most natural blessings of Japan. The Japanese Bitters is the world's first domestically produced aromatic bitters that uses only the finest ingredients born from the natural blessings of Japan. While utilizing the freshness of the ingredients, The Japanese Bitters is created by using these ingredients to its fullest potential. Recently, cocktail bitters are booming all across the globe. Many other brands such as the standard Angostura Bitters, are on sale all over the world. Now, we are introducing Japan’s very first Japanese flavored bitters.

To be specific, in the process of making bitters the base alcohol and other ingredients are extracted through a long period of time such as 2 or 3 months, but we extract for long hours in a sous vide machine, lowering the boiling point by putting all ingredients in a vacuum state.(Approx. 720mmhg) By doing this rapid mass manufacture of equal quality products is enabled, contributing to production and stock management. 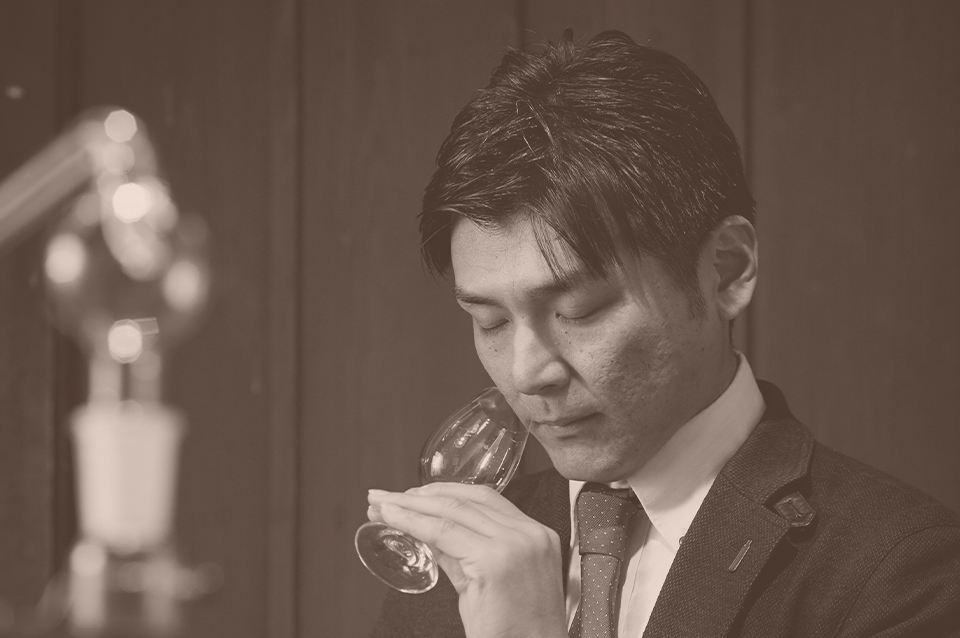 Manufacturer and brand owner of THE JAPANESE BITTERS . Yuki Yamazaki has served as JCC AGENT representative of Asian brand ambassador of Bobby's Gin. After five years of training, his vision was to manufacture his own brand of high-quality bitters. During the time of the 2011 Great East Japan Earthquake, Japanese Embassyin Toronto held a charity event, which Yamazaki offered cocktails using various Japanese ingredients and was taken up by the local media. At that moment, he started planning the production of cocktail bitters using Japanese ingredients. In 2015, after travelling to Dutch Schiedam in the Netherlands, Yamazaki adapted alcohol production at the HermanJansen distillery, which had 250 years of history. After returning to Japan, with the knowledge and experience that he gained, Yamazaki was able to complete the production of his own bitters within 2 years. Along with the production, with the courteous support from the Honbo Distillery, Yamazaki has successfully received his own domestic brewing license.

Packaging Designer, Mr. Sagara, Master of Ink Painting and Design, actively designs in various fields. Designed on Japanese paper and with the Japanese hanging scroll in mind, the illustration of the flavor and font are written with a brush only.

Tetsuya SAGARA
"Sagara Design Office inc.”Director
Artist (painting / make-up / calligraphy)
Born in Hiroshima Prefecture, Japan in 1980. He started Calligraphy from a young age. After graduating from a hair & make-up school in Osaka, He started working at "Shu Uemura Cosmetics Inc." in 2001.While at "Uemura Shu”, he worked as a hairdressing instructor, as an advisor to teachers and taught make-up theories and techniques in West Japan. He resigned in 2007 and moved to France. While in Paris he participated in wide range of activities such as jobs in bridal makeup, Paris Fashion Week, TV make-up and teaching courses in make-up at fashion schools. After a year and a half in Paris, he moved back to Japan in 2008 and started working in Tokyo. He established a mural painting organization, "Flying Kuro” and now works at "SAGARA Design Office inc.” which he established. After working in make-up, producing events at make-up vocational schools, mural painting, product design, live paintings, calligraphy, etc he has become versatile. 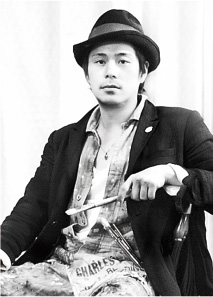